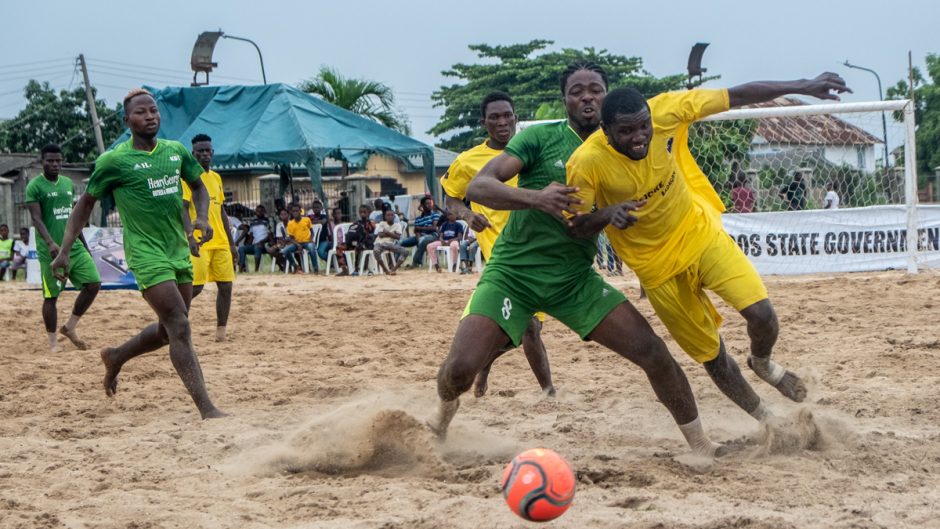 Four teams have qualified for the final round of the 2022 season of the Nigeria Beach Soccer League after the third round was concluded in Lagos. The defending champions Kebbi BSC are joined in the Super-4 by Smart City BSC, Badagry Warriors BSC and Kada BSC.

In the four-month-long league, over 300 goals scored in 49 matches have been recorded in the 2022 league season which kicked off in Kwara earlier in February with ten teams, had its second round in Kebbi and just concluded the third round in the historic city of Badagry waterfronts. With Kada and Smart City already qualified from Group A, and defending champions Kebbi in group B, the third round was the decider for which team would pick the final ticket between Kwara and home team Badagry Warriors.

With a comfortable 4-0 win for the coastal boys from Badagry over Kwara in the last match of the third round, the stage is now set for the Super-4 scheduled for Kaduna City next month (June), where the champions of the 2022 Season the Nigeria Beach Soccer League shall emerge.