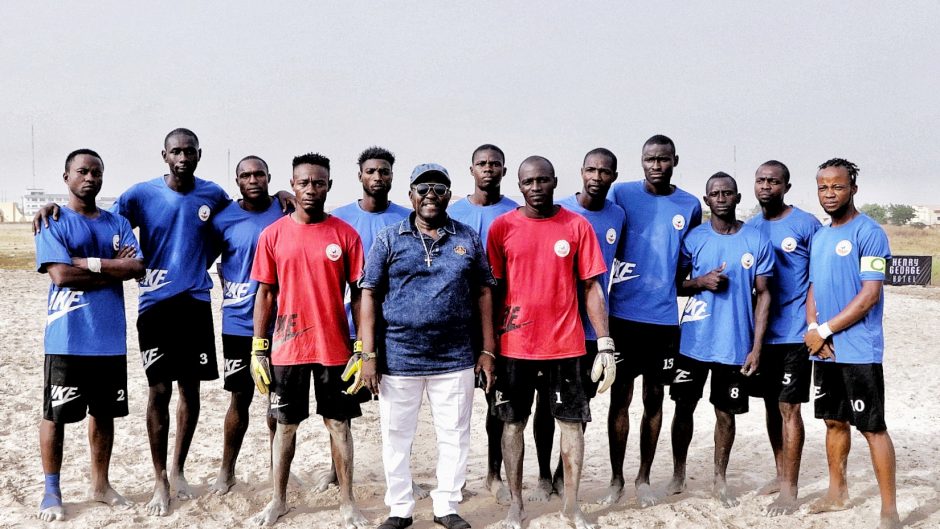 Kada BSC kicked off their 2022 season of Nigeria Beach Soccer League with a convincing 10-3 victory over Niger BSC, as Badagry got a point off the host Kwara on penalty shootouts.

Two sizzling matches kicked off the second edition of the Nigerian League in Ilorin with a total of 19 goals scored on Day 1.

Kada BSC 10-3 Niger BSC
Kada drew first blood today as Ahmed Isa opened his league account in style with a vicious strike into the top corner 2 minutes into the game. His teammate, Tanko Emmanuel the highest goal scorer last season recorded 4 goals against Niger BSC who puts up an impressive fight but couldn’t match the experienced side who are runners up at the 2021 edition of the league.

Kwara BSC 3 (4)-3 (5) Badagry Warrior BSC
In the last game of the day, a thrilling encounter between the host team Kwara BSC and Badagry Warriors BSC ended 3-3 at regulation times. Both sides couldn`t find a victory even after extra-time as they dragged the game into penalties where Badagry BSC won 5-4.